News : Only 25% Complaints Got Redressed at Yogi’s Helpline 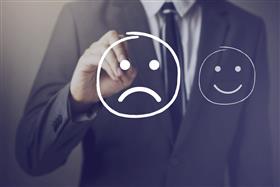 A report by the department showed that only 25 per cent of the complaints lodged with the Chief Minister’s helpline have been solved.

In a bid to establish a direct contact between people and the Chief Minister’s office, the Yogi Adityanath government launched the helpline with much fanfare on July 5. But till August 4, only a quarter of the complaints have been solved.

The maximum redressal of complaints has been done by the sugarcane development department.

According to a report released by the Information Technology Department, 2.51 lakh complaints have been received against 55 departments at the helpline since July 5 and redressal has been done only in 64,800 complaints. About 63,448 complainants have rated the remedy as ‘satisfactory’.

The report will be placed before Chief Minister Yogi Adityanath when he returns from his Russia trip, and action is likely to be taken against the officials who have fared poorly in the redressal of complaints.

Yogi Adityanath at the launch of the helpline had said that it would also serve as a barometer of the government machinery. He said that the complaints would be treated as pending unless the complainant says that he was satisfied.

The Government of Uttar Pradesh is a democratically elected body in India with the Governor as its constitutional head.

Today's Tip of the Day - Keys To Technology