News : Operators Frustrated Over People Who Call 911 Without an Emergency 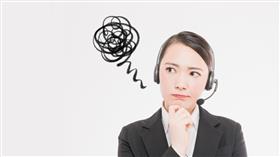 But Jason Honaker did not have an emergency when he called the line devoted to emergencies only.

"You better put the knife down," he said over the phone. "I'm telling you that right now!"

The prolific caller tied up emergency lines more than 1,200 times in 2013 with bizarre rants.

8 On Your Side dug into statistics and learned that dozens of people are arrested each year for Misuse of 911, all over Florida.

The crime is a misdemeanor, but someone convicted of it can face a felony and hefty fines, if they keep calling.

Justine Stickley has heard her fair share of crazy calls.

"It's frustrating when that there's other 911 callers probably trying to call in and possibly can't get through because we're busy," the Hillsborough County 911 operator said.

Bogus calls can bog down the system.

"One abuse of 911 call can take a 911 operator offline for anywhere between 5 and 10 minutes," said Brad Herron, who runs the 911 center in Hillsborough County.

If one call center is busy, calls are re-routed to other counties or cities.

"I'll explain to them that this line is for life and death emergencies and please do not utilize 911 for that," Stickley said.