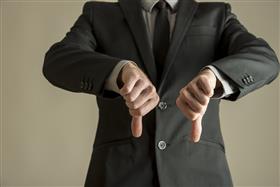 New Delhi, India, May 14, 2020 - As Union Finance Minister Nirmala Sitharaman briefed the media over the special COVID-19 stimulus package, several leaders from the opposition parties, expressed disappointment with the announcement made by the Centre. The Congress claimed that it has nothing for the migrant workers walking back to their home states.

It was seen that Congress had fielded former finance minister, P Chidambaram to express the party's displeasure over the government's announcements.

Addressing a news conference, Chidambaram said, "There is nothing in what the finance minister said for the lakhs of poor, hungry and devastated migrant workers who have walked back to their home states. This is a cruel blow dealt with those who toil every day."

"There is also nothing by way of cash transfer to the bottom half of the population, who have been pushed into destitution. Only yesterday, Prof Thomas Pikketty (the French economist) pleaded for cash transfers to the poor," the Congress leader said.

"Except for the modest MSME package, we are disappointed with the announcements," he further added. Also, West Bengal Chief Minister and TMC chief Mamata Banerjee expressed her displeasure over the announcement and said, "The special economic package announced by the union government is nothing but a big zero. It is eyewash to fool the people. There is nothing for the unorganised sector, public spending and employment generation." "When the Prime Minister announced Rs 20 lakh crore package, we were hopeful that the interest of the states would be looked into. But today, after the union finance minister made the announcements, it was found that everything that was said was a bluff," she said.

Meanwhile, Samajwadi Party chief Akhilesh Yadav called the package mere rhetoric. "First it was the false promise of Rs 15 lakh, and now it is the claim of Rs 20 lakh crore. Now, the 133 crore people will be hit by a 133-time bigger 'jumla' (rhetoric). How can anyone believe this," Yadav posted a tweet in Hindi. Congress leader Manish Tewari also criticised the government's move. "It is a clear case of skewed priorities of the government. Today, India faces the single biggest humanitarian crisis after the Partition in 1947 and the displacement of people from East Pakistan. There are millions of migrant labourers left without jobs and shelter above their heads," he said.