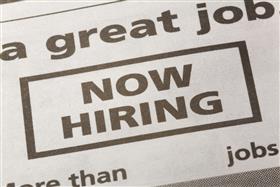 Adelaide, Australia, March, 2020 -- An Optus spokesperson confirmed to InDaily that the telco was hiring 500 people in Australia, with 300 starting tomorrow.

In a rare ray of light for local employment, with thousands of people laid off or stood down in SA over the past few weeks, the spokesperson confirmed that many of the new positions would be in Adelaide, given the city hosts the company’s major call centre in Australia.

Optus cut close to 200 jobs from its Adelaide call centre four years ago. Two days ago, it started advertising for casual call centre operators, but has yet to confirm to InDaily exactly how many positions are available.

"We have service centres in three states in Australia, as well as in the Philippines, and India," he said in a statement. "We believed this diversity of locations would make us resilient to any disruptions.

"However, like many companies, with increasing lockdowns across the globe, we are experiencing significantly reduced capacity to answer all service calls in the manner in which we aspire.

"We have mobilised our stores so they too can be available to assist customers with questions and support, and we are working to hire new people who can be trained to provide support as well.

"We are in discussions with other Australian companies that have been heavily affected by current events as well as existing partners to have people join us this week."

Payroll and land tax relief are at the centre of the package to support local jobs, announced this afternoon.

Marshall said the measures would include a move to waive payroll tax for some businesses – and defer it for others – while land tax measures will also be tweaked, with some individuals and businesses able to defer payments for six months.

Liquor licencing fees will be waived for hotels, restaurants, cafes and clubs forced to close as a result of social distancing measures.

Under the package announced today, a public servant who has a family member who has lost their job and moved onto Commonwealth benefits will be able to receive their accrued leave down to a limit of two retained weeks.

"This is, without question, the greatest economic emergency of our generation and our collective response must be equally as potent," Marshall said.

"We recognise the enormous economic challenges confronting our key industries, their employers and staff as a result of the coronavirus pandemic and the necessary restrictions imposed to limit its spread,"

The extra funding comes on top of the $350 million the government announced earlier this month which focused on shovel-ready infrastructure maintenance jobs such as hospital and road upgrades as well as tourism infrastructure.

Details of the package have been discussed today with industry and business leaders on a newly-established Industry Response and Recovery Council.

Many of the state’s key industries, from business, property, retail, construction and housing to tourism, primary industries, food, wine and hospitality, are represented on the 14-member council.

The Labor Opposition says the new help must provide specific support for households and small businesses.

Labor has previously suggested a range of measures including slashing fees, charges and taxes on business and households, stamp duty relief, business support funds, increased energy concessions and waiving a raft of taxes on business, such as payroll tax and liquor licence fees.