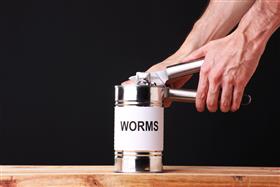 Seow Yoke Kong, Optus vice president of IT, has labelled the feature as assisting the human by taking notes from the phone call. The human still has to confirm the notes are accurate, however, but Seow said it saves the officer around five minutes not having to take their own notes.

"At the end of day [it] is a summary of what are the follow up actions required … essentially an assistant to help them take notes," he said, speaking with media about the feature during last month's Red Hat Forum in Melbourne.

Optus wasn't exactly solving a business problem when it introduced this feature, rather it was interested in determining how it could make voice programmable.

According to Seow, the telco is looking at how it can bring the function into one-to-one phone calls between its customer and another individual.

"The impetus of it is really about how do we make voice sexy," Seow told ZDNet.

"It started with a very different problem set that we're trying to solve, which is how do we make voice something that people will still use and value, rather than just messaging."

He said Optus was looking at assistants like Alexa, Siri, and OK Google to determine how this capability could apply in-call.

"In a conversation with a friend and you want to check if a particular hot restaurant is available for booking that you can just activate that agent … we could make a reservation for a particular restaurant at 7pm and it would then make use of API calls [that are] available in all the various third-party platforms and return to say, 'Yep, it's available, would you like me to make a booking?'," he explained.

"It's a really good concept from a consumer service perspective."

This type of functionality would mean that a customer's conversation is being passively listened to by the assistant awaiting the trigger word.

Seow was asked if he had any concerns that Optus would be building a mass surveillance system in introducing such a capability.

The question pointed to concerns users already have with Alexa, Siri, and OK Google listening in, after it was revealed that contractors for Apple regularly hear Siri recordings that contain highly sensitive information. Similarly, that Google employees are "systematically listening" to audio files recorded by Google Home smart speakers and Google Assistant on Android smartphones.

"So I think that's where the challenge is, when you start to apply technologies like this to a consumer service, where between two parties you had a conversation, and obviously you need to listen in to listen to the trigger," he said. "And that is again the challenge that we have to overcome before we are able to introduce that as a service, which is -- we're not there yet -- which is why we're looking at an enterprise application with the customers consent."

Seow was asked specifically about the potential for calls to be intercepted with the insertion of a bridge functionality, and also further concerns on a third-party accessing a recording of even a snippet of a sensitive phone call.

"I think that has to be based on the enterprise basis … I'll be very frank, it's a situation whereby right now we're applying to our own contact centre … today, we do recording, we do inform the customers that this call is going to be recorded. All the processing is done within the country, we do have very strict regulation obviously to make sure that all that is kept within Australia," he said in response.

"There are significant challenges that we have to overcome before we can make this happen. Which is why, while it's interesting, we have not really got into a mode whereby how do we apply it to a broader -- especially a consumer service or making it as an enterprise service that we're selling to enterprise."

Touching further on the concern, Pehr Johansson, an engineer at Optus, said the only way it will actually work is through a customer actively opting in.

"The things to overcome are the non-technical things before this can become a service," he said