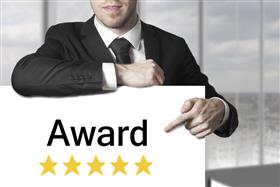 "Both Virgin Mobile and Aldi Mobile have achieved multiple victories in the Mobile Phone Service Provider category in 2018, and are the leading contenders to take out the 2018 Annual Award with four months to go," Roy Morgan said, adding that Virgin Mobile had won the award back in 2012 while Aldi Mobile took it out in 2015.

Virgin Mobile's score shows that despite the phasing out of its brand in Australia, it is "still supporting its customer base to a high standard", Roy Morgan CEO Michele Levine said.

"The estimated three quarters of a million Virgin Mobile customers are set to transition to Optus contracts over the next two years, although the uncertainty facing existing Virgin's customers provides a huge potential market for rival telcos such as Telstra and Vodafone to tap into as they search for new customers," Levine added.

"Despite the consolidation in the industry with the closure of Virgin, there is still a significant market for resellers to compete with the established networks of Telstra, Optus, and Vodafone as Australia heads towards 5G networks in 2019."

"Amaysim and iiNet are yet to win a monthly award in 2018, and were out of the top five providers in August," Levine said.

Optus had in May confirmed that it would be phasing out its Virgin Mobile Australia subsidiary over the next two years, with retail stores closing in June.

Virgin Mobile stopped upgrading and selling new post-paid mobile and broadband services as of June 15, although existing customers can continue using their service as normal, with all current contracts being honoured.

Virgin Mobile has been continually losing market share, according to Kantar, with the market research company in November reporting the telco had lost 0.4 percentage points down to holding just 4 percent of the total Australian mobile market.