News : Optus to Support its Customers Based on Where They Live 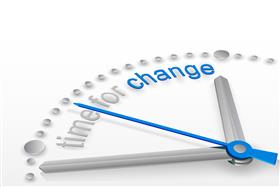 Sydney, Australia, Dec 14, 2020 -- Optus will divide its customer base into geographic areas that are each served by an assigned team of staff that sit together in the organisation under a customer service restructure it announced a fortnight ago.

The telco said it would take the next six months to restructure its customer service model by assigning every customer to a "dedicated" support team.

The make-up of the teams will be multi-disciplinary, instead of the current support model where a call may need to be passed between different teams in order to be resolved.

It was not clear at the time of Optus’ announcement exactly how the new structure would work; however, iTnews has since learned a bit more about the telco’s plans.

Optus calls each dedicated support team a "community of experts".

Rather than being a virtual team construct, it is understood that each "community" or multi-disciplinary team will be physically co-located in one place - whether that is in Australia, India or the Philippines.

One of the early questions about the model was the ratio of support staff to customers, which would give a rough indication of the support experience one might expect.

The ratio differs from a traditional contact centre, though it is not clear by how much as Optus has not put a figure on it, at least publicly.

The clearest indication of support area size is that each team will be assigned to serve Optus users in a particular geographic area, and that could be as large as a city metro such as the Sydney metropolitan.

When a customer in the metro area needs assistance, for instance, their contact would be routed to the "community" that serves them.

In the background Optus is set to use some form of intelligent cloud contact centre technology to triage the chat message or call and then route it appropriately.

It is understood the backend is not yet in place but will soon be bedded down.

The actual make-up of the expert "communities" or teams will be people that previously provided customer support.

iTnews understands that Optus has already put considerable effort into training and upskilling the communities to have the same mix of skills and capability levels as one another, amounting to some 117,000 hours of training since May.

The aim is for communities to be able to completely manage customer relationships and not to have to ever transfer calls or chats outside of the team.

That has been a stated goal of Optus’ for some time now to remove handoffs between departments and to resolve support requests faster.