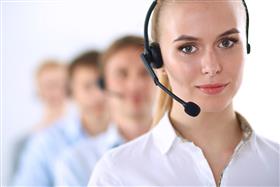 Fossil, OR, USA, Oct, 2018 -- The next time a local resident has a question on their state income taxes, it could be directed to Fossil.

The Oregon Department of Revenue will be holding a grand opening ceremony for its first standalone call center in the town of less than 500 people.

Wheeler County Economic Development Director Greg Smith said it was a "game changer" for Fossil and akin to Nike making a major expansion at its headquarters in Beaverton.

Smith said that he and then-Rep. John Huffman, who represented Fossil in the Oregon House of Representatives, began talking about decentralizing state jobs with Wheeler County Judge Lynn Morley and former Rep. Cliff Bentz, who represented neighboring District 60 in the House.

"Why can’t we divest some of these jobs from Salem and move them to frontier counties like Wheeler County?" Smith said.

Smith is no stranger to the Legislature either, having represented western Umatilla County, eastern Wasco County and Morrow, Gilliam, and Sherman counties in the Oregon House.

The group of legislators and government officials presented the idea to Gov. Kate Brown, Smith said, and she liked it enough to sign off on the proposal.

Krawczyk said the call center has been up and running for two weeks and all of the employees are from the Fossil area.

According to a department press release, the agency received more than 639,000 calls last year from taxpayers with various questions on filing, paying, and other topics.

Krawczyk said the department’s Salem office and its five regional offices will continue to field questions, although the Fossil call center isn’t open to the public for in-person services.

"This team will help the department continue to improve the assistance taxpayers receive and the experience they have when they call us with questions, concerns, or problems," department Director Nia Ray said in a statement.

At less than 1,500 people, Wheeler County is the least populous county in Oregon, and recent events don’t seem to suggest that will change.

In June, Wheeler County Sheriff Chris Humphreys announced that he would resign within the next four to six months and all three of his full-time deputies were also departing.

That same month, all the members Wheeler County High School’s graduating class said they don’t plan to return to the county after completing their college educations. The class of 2018 started with more than a dozen students in first grade, but by the time they reached graduation, the class had shrunk to three.

Despite the trends in Wheeler County, Smith said the call center could help the area reverse its fortunes.

Smith said all of the jobs at the call center were "family wage" jobs with benefits.

If the sheriff’s office hired a new deputy, their spouse could take a job at the call center, Smith said. Together, they could afford to buy a house and a car.

Smith said he didn’t see why there was any reason that the Fossil call center couldn’t be replicated in other counties with sparse populations and services.

According to the department of revenue press release, the grand opening ceremony will take place at the Wheeler County Courthouse in Fossil on Tuesday at 11 a.m.