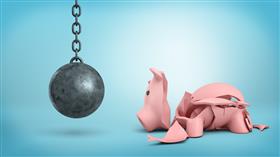 Johannesburg, South Africa, Oct 2, 2017 -- The 10111 call centre workers, who have been on strike since July, say their families are suffering financially.

"My family is experiencing this trauma, the kids, the transportation, the lunchbox money. We are feeling the pressure," call centre worker Zoleka Hlatshwayo said on Monday.

She said she was the sole breadwinner and had four children to look after.

Hlatshwayo said her plea to those in power was that they should listen to their cries. She was speaking at a media briefing held by South African Federation of Trade Unions (Saftu).

About 5 000 operators, represented by the South African Policing Union (SAPU), hung up their headsets on July 18, after demanding that their salaries be increased by two notches.

The strike forced the SAPS to deploy police officers to the 10111 call centre.

SAPU wants the operators' salaries to be increased by an estimated amount of R50 000 per annum per person.

A second call centre worker, Ronald Soma, said there was an urgent need for workers to be paid more.

"We asked that we should be paid the same as other call centre workers. They looked at call centres throughout the country and found that we are paid less," Soma said.

Soma said they had a legal right to strike and that the SAPS could not instruct them not to strike.

"We will say when we will stop striking and they will take a mandate from us. We will confirm the date when we are going back to work, not because of SAPS threats, but until they give ear to our demands," Soma said.

"The reason why they did not respond to our letters is simple - it's class. The people operating in the 10111 call centres are all black workers. The people who call in desperation are working class and they are black," Vavi said.

Vavi said the upper middle class, including the billionaires, didn't even know 10111, saying they had panic buttons and security that could respond to them within five minutes.

He said it was black, marginalised people who used the 10111 service.

"Black lives are cheap, black lives are only important during voting times. Politicians serve the interest of elites in society. The day two cars burn in Sandton, and its headlines and the ministers are walking in the streets because white peace has been disturbed."

Saftu is expected to march to the Union Buildings on October 16.