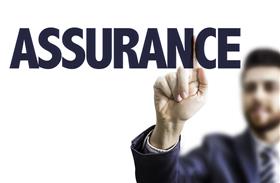 Manila, Philippines, Sept 29, 2016 -- The Contact Center Association of the Philippines (CCAP) assuaged concerns raised by foreign investors engaged in outsourcing activities in the Philippines, assuring them it’s "business as usual."

CCAP president Benedict Hernandez said the group was asked about the current political situation in the Philippines, prompting it to issue a communiqué to members.

"[We] said there has been no change in policy here. It’s business as usual for us and there are, so far, no travel advisory changes among business process outsourcing companies and clients,"

He said members specifically raised concerns on the declaration of a state of lawlessness, which President Duterte announced following the explosion at a Davao City night market that claimed the lives of 14 last Sept. 3. The declaration also cited the administration’s ongoing war against illegal drug trade.

The latter has been heavily criticized abroad, prompting Duterte to tell world leaders to stay out of the country’s affairs. But the political climate talk has caught on among investors, pushing the peso to its lowest in seven years last Monday.

"We just issued the content of that proclamation, which also assures the protection of civil rights… For now, we don’t see any impact (of these concerns) on the contact center sector, but we just need to make sure that the companies are aware of what’s happening," Hernandez said.

He said the Philippines continued to attract foreign outsourcing and offshoring companies, as evident in the attendance of some 100 prospective locators at the 11th International Contact Center Conference Expo.