News : Over 200 Duped with Promise of Insurance Bonus 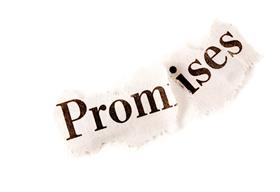 New Delhi, India, Sept, 2019 -- A fake call centre racket was busted where a group of cheats were duping people on the pretext of providing them a bonus on their insurance policies.

The kingpin of the gang, Nitin Gandhi (29), has been arrested while police are looking for his associates. The gang is estimated to have duped over 200 people.

The police started their probe after a man named Suresh Verma lodged an FIR alleging that he received a call purportedly from his insurance company informing him that a bonus of 2.3 lakh had been allotted to his account. The caller claimed that Verma had to pay a processing fee to activate and receive this bonus in his bank account.

"An FIR for cheating and criminal conspiracy was registered and a team was formed to nab the conmen," said Vijayanta Arya, DCP (northwest).

With technical surveillance, the office of the accused was traced to Model Town and a raid was conducted. He tried to flee but was chased and arrested. "Four wireless phones and one mobile phone have been seized, which were used to call the victims," the DCP said.

During interrogation, Gandhi disclosed that he and his accomplices used to purchase the policy details and other particulars of people from their contacts indulging in sell-purchase of customer data. They paid around Re 1 for the data of every policy holder and then contacted them individually by posing as telecallers of the insurance firm.

According to police, Gandhi demanded a cheque of Rs 20,000-50,000 from every target to an address in Kolkata and then encashed it through fake accounts.

Gandhi informed cops that after completing graduation, he joined as an agent in the credit card division of a bank and then joined a call centre of a private bank where he learnt the tricks of the trade.