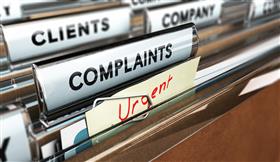 According to the latest figures, a total of 2 667 requests were submitted during this period and 2 566 were resolved.

Sewerage-related requests made up the bulk of the work, with 1124 septic tanks being emptied and 270 blocked pipes attended to.

The number of potholes repaired increased to 449 for October as the municipality’s road team continued their drive to fix streets that had been damaged by heavy rains in September.

A total of 285 water faults were resolved during the month, including 120 burst pipes, 80 general interruptions, 71 faulty meters, 11 pressure problems and three quality concerns.

An additional 43 fused or damaged street lights were also repaired.

Other highlights during October included the removal of 15 trees that had been blown over by strong winds, the cleaning-up of 14 illegal dump sites and repairs to 16 damaged pavements.

"The statistics show that the municipality is responding well to service requests and I would like to encourage all our staff to keep up the good work," he said.

He further encouraged residents to download the Link app, which makes it easier to report and track faults.