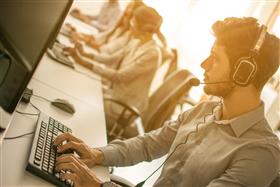 The authority has issued a statement claiming that, following the completion of a four-month programme of transition, most of the services covered by the agreement have now successfully been "brought back in-house".

Yesterday 167 staff were transferred from Capita to the council, while a further 147 employees returned to the local authority having previously been seconded to the systems integrator.

"Both organisations recognise that the change to this working arrangement is timely and appropriate", the council said. "The original contract was awarded in 2006 and, after 13 years, the time is right to transfer the services back to the council. The services transfer back to the council… with overall customer satisfaction having improved year on year. The council now has a well-developed digital strategy that seeks to transform the IT service provision to deliver new customer-centric outcomes."

While the insourcing of core digital and IT functions has been completed, some services – including "hosted and off-site services, such as data centre hosting" – will continue to be provided by Capita until the firm’s contract with Birmingham "naturally expires in March 2021".

The council last year indicated that, by that point, it wishes to have developed its internal ICT capabilities to the point of "becoming a system [and] service integrator".

The joint venture – dubbed Service Birmingham – was embarked upon in 2006, with Capita appointed to provide the authority’s ICT and contact centre services. Although the two parties had already signed a 10-year deal upfront, another decade-long contract was agreed in 2010. The new arrangement added the provision of taxation services.

In 2017 Birmingham took the decision to exit the deal several years earlier than originally planned.

"Both Birmingham City Council and Capita would like to take this opportunity to thank all staff from both organisations for their professionalism shown during this association, particularly during the complex transfer project that followed the decision to bring some services back in-house," it said.

A month ago, Birmingham City Council launched a recruitment process to appoint an assistant director of ICT and digital.

Birmingham City Council is the local government body responsible for the governance of the City of Birmingham in England, which has been a metropolitan district since 1974.