News : Over 350 Employees of UP ‘Women Helpline’ Not Paid Salary for a Year, Threaten Hunger Strike 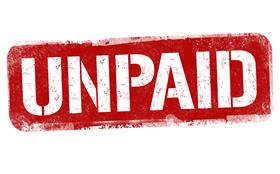 Lucknow, India, July 22, 2020 -- In Uttar Pradesh, 361 women employees of the counselling helpline ‘181’ have threatened to launch a hunger strike over non-payment of salaries for a year. The helpline service was temporarily discontinued last month.

No woman employee associated with this women’s helpline service has been paid since July 2019, said Pooja Pandey, one of the employees.

"The employees will launch a hunger strike if our demands are not met at a meeting with the government Thursday," Pandey said. She added that their three demands are payment of dues, restoration of the service, and justice for one of their colleagues who died by suicide in Unnao earlier this month over financial concerns.

Pandey is among the four team leaders and 90 telecounsellors who work at the helpline’s Lucknow headquarters. The rest of the staff works as field counsellors in various districts of the state. The helpline has provided counselling to over 5 lakh women in the four years since its launch under the Akhilesh Yadav government.

The service, which had been operational for four years, functions under the women’s welfare department, a portfolio held by Chief Minister Yogi Adityanath.

Pandey said she has written several letters to all the officials of the department, including Minister of State for Women’s Welfare Swati Singh, but no one has paid any attention so far. She tried to meet CM Adityanath at his residence but couldn’t. She said while officials at the Chief Minister’s Office (CMO) accepted their demands, no action was taken.

On Monday, Pandey and her team protested outside the CM’s residence, but were removed and taken to meet District Magistrate Abhishek Prakash, who assured them that a meeting with the CM or any officer from the CMO will be arranged Thursday.

Pandey said she is fed up with such "mundane assurances" and will seek justice if there is no action.

MoS Swati Singh said, "Yes, I got to know about this matter. Their salary is pending because of some technical issues. We will resolve this as early as possible. Our government is very sensitive in handling issues regarding women. We always believe in women empowerment. I will talk to concerned officers and solve this issue soon."

ThePrint reached Prakash for a comment but there was no response till the time of publishing this report.

What the employees say

Pandey said she is divorced and has two children under her care, but is left with no money. According to her, several women employees associated with the service are in a similar situation, and don’t get enough support from families.

Nazneen, who works as a telecounselor, said she and her team provided services until June even during the lockdown period, counselling over 1,000 women.

According to her, most of the cases received used to be related to domestic violence. Now, common women will also be troubled by its closure, said Nazneen.

She said 90 telecounsellors received one month’s salary in January this year as they went on strike for five days. However, the others weren’t even paid that.

On 5 June, the employees were handed their discontinuation letter. After this, the service itself was discontinued. Now, she is raising this issue on the streets and social media, but "no one is listening".

The call center operations are handled by GVK-EMRI, a non-profit that operates 108 and 102 ambulance helplines.

According to Pandey, the salaries are stuck due to internal differences between the executives of this firm and officials of the women’s welfare department. She alleged that a dispute over commission could also be the reason behind this. She added that neither the private firm’s executives nor the government officials are saying anything on the payment of salaries.

However, Puneet Mishra, deputy chief probation officer in the women’s welfare department, said discussions are going on between GVK-EMRI and the department over the payment of salaries. He said some points are under consideration and the salaries will be paid as soon as these are resolved.

Asked about the salaries that haven’t been paid and why the service was discontinued, Mishra declined to comment.

‘Ready to launch an agitation’

The erstwhile Akhilesh Yadav government had launched this helpline service on the occasion of International Women’s Day on 8 March 2016. It was named as ‘Asha Jyoti Kendra’, and was aimed at providing help to women, ranging from shelter home facilities to legal and medical aid. It had been launched as a pilot project in 11 districts.

When the Yogi Adityanath government came to power in March 2017, it renamed the service as ‘My Sakhi-One Stop Center’. On 23 June that year, it was launched across the remaining 64 districts, to be operated in three shifts.

Meanwhile, the student union of Yadav’s Samajwadi Party has also threatened to launch an agitation over the issue.

Pooja Shukla, national vice president of Samajwadi Chatr Sabha, said if the entire dues for the last 12 months are not paid to these women employees, her organisation will launch an agitation.

"This service was launched during Akhilesh government’s tenure, probably that is the reason why the current government is allowing such a noble service to be discontinued. Still, we will fight for justice for these workers," said Shukla.