News : Over 600 Jobs At Stake as Bet Firms Shut 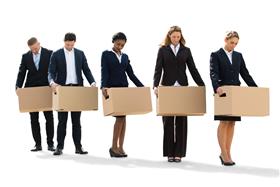 Nairobi, Kenya, July, 2019 -- Hundreds of jobs are on the line as the government intensified its crackdown on betting companies, with the Interior ministry ordering the arrest of any players caught operating without licences. Sources within the betting industry revealed that the 27 affected firms were considering laying off staff starting next week.

A source at SportPesa who spoke on condition of anonymity said that as many as 600 members of staff could be laid off starting Monday.

"Approximately 400 employees at our call centre will be affected as well as 100 technical staff based at Sameer Business Park on Mombasa Road. Also at risk are at least 60 marketing staff spread across the country and up to 40 managers," the source revealed.

Mobile phone companies Friday blocked playbill numbers of 27 betting firms, stopping any more deposits in their mobile wallets on a day the Interior ministry ordered the arrest of any players who operated without licences.

An attempt by the Saturday Nation to deposit money in one of the firm’s account hit a snag after the mobile companies effected the directive by the betting control board to block the playbill numbers of 27 firms whose licences are yet to be renewed.

"Failed. Dear Customer, this Paybill is unavailable due to the government directive to suspend Betting Paybill numbers. Kindly contact your Betting Company," a message from Safaricom said. On Thursday, the Betting Control and Licensing Board (BCLB) gave gamers 48 hours to withdraw their money before the government shuts down the pay bill numbers. This deadline expires Saturday.

It has also emerged that the State is using taxes as an excuse to shut down the betting companies given that tax conflicts are always resolved by the Kenya Revenue Authority (KRA) and the affected firm. If they are unable to resolve the matter, the parties can make complaints to a tribunal.

"We have agreed that any of these people operating in your jurisdiction should show you a licence from the board," said the CS during a ceremony to hand over 23,990 Administration Police officers and Anti-Stock Theft Unit to the Kenya Police Service.

The CS said if the firms do not have a licence, they are engaging in crime.

"Get hold of them and let them meet with the law so that we can create an orderly environment," said Dr Matiang’i.

SportPesa said it was extremely disappointed by the ‘malicious actions’ by the betting board to block its payment systems despite the existence of a court order.

"This is the latest in a series of abrupt measures from BCLB that only serve to discourage and disrupt business. The prejudicial process that has been followed by the regulator has the potential to drive the industry underground as well as have far-reaching repercussions on the social and economic agenda of the country," the firm said in a statement.

Other firms, among them Betin and Mozzabet, also said they had complied with all tax obligations.

The shutdown affects 12 million betting accounts, according to Safaricom, with SportPesa and Betin among the biggest losers.