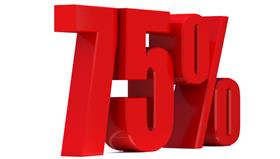 Dubai, UAE, May 21, 2019 -- Over 75 per cent of the 535,109 calls made to the emergency number 999 were found to be non-emergencies in 2018, the Dubai Police said. Every call received on 999 needs to be responded instantly and in case it doesn't classify as emergency, crucial time is lost and those who actually deserve immediate attention might not get it, the police pointed out

As the Dubai Police continue to be flooded with non-emergency calls on its toll free emergency number, it has launched a fresh awareness campaign to educate masses on the gravity and significance of 999.

"Do not dial 999 if the case is not serious enough and all non-emergency calls should be made to 901," the police have urged the people. They have pointed out that every second is vital to save a person who is in an emergency situation. "You will be wasting the precious time of the cops if you call 999 for petty matters and might even deny help to another person who needs it."

Major General Kamel Butti Al Suwaidi, director-general of Dubai Police Operations Department, said that the launch of the awareness campaign for dialing the correct number for non-emergency situations was led by Major General Abdullah Khalifa Al Marri, commander-in-chief of Dubai Police, and was within the framework of achieving the strategic plan to make Dubai the safest city.

Al Suwaidi added that the campaign is aimed to enhance security, safety and happiness of the members of the community. He pointed out that the drive will sensitise the public about the right use of the number 901, which will reduce pressure on 999.

The police chief pointed out that there has been an increase in the number of calls received on emergency number 999, and that more than 75 per cent of these calls were non-emergency ones. He stressed that by calling 999 for non-serious issues, its very objective gets defeated. Emphasising the importance of enhancing the culture of the best use of 999, he called on parents, schools and institutions to educate students and individuals on the proper use of emergency and non-emergency numbers.

Al Suwaidi said that the call center service available on toll-free number 901 responds to customer queries. He pointed out that non-emergency number 901 provides 32 services, such as obtaining criminal record certificates, obtaining burial permission, certificates for shifting of a body, subscribing to the house security surveillance, installation of the alarm system and so on. It also provides traffic-related services, including a traffic accident report without injuries, or traffic accident report against an unknown person, issuing a lost certificate and copy of traffic violation documents.

He added that the call center 901 also provides a range of community services, such as giving care to trafficking victims, and providing protection and support to women and children who face violence, abuse and neglect.

Al Suwaidi pointed out that the calls received on non-emergency number 901 reached 541,722 in 2018, including 55,752 calls for traffic services, 41,049 for obtaining numbers and addresses of police departments and police stations, 18,624 to file complaints against traffic violations, 16,268 for traffic enquiries and payment of traffic fines, 6,380 for objecting fines, 9,516 calls for reporting minor incidents and disputes between two parties, and 6,612 for reporting e-crimes.