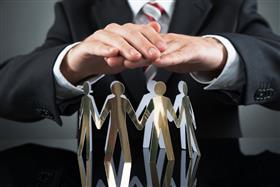 Cebu City, Philippines, Oct 18, 2018 -- The plan of Cebu City Mayor Tomas Osmeña to keep call center agents safe at night will have to come with a hefty prize.

The city will need at least P13-million for Osmeña’s plan of attaching dashcams on jeepneys and the commissioning of a bus for free transport of BPO employees.

If the supplemental budget of P84 million will be approved by the Cebu City Council, at least P5-million will be allocated for the installation of 1,000 dashcams on public utility jeepneys (PUJs) traversing routes near business process outsourcing (BPO) centers in Cebu City.

"We will be installing dashcams that can capture videos in 360 degrees view," said Rolando Malacora of the Department of General Services.

Malacora initially said that the installment of dashcams will be made by random basis.

However, Councilor Margot Osmeña suggested that PUJs with routes along IT Park and Cebu Business Park be prioritized since these are BPO centers with workers travelling around day and night.

Malacora said that they will be following the suggestions of the committee and will also draft a deed of donation to every operator who will receive the dashcams to ensure their proper maintenance.

Meanwhile, P8-million will be needed to purchase a new bus that would serve to augment the two running buses providing free transportation from Barangay Talamban to the Cebu Business Park.

The current buses pick up at most 50 passengers per bus and travel in four round trips every morning from 6 a.m. to 8 a.m.

Malacora hopes that through the new bus, they will be able to provide trips at night to keep workers safe.

The city’s Committee on Finance headed by Margot Osmeña approved the proposed supplementary budget and will be presenting it to the City Council for the final approval.

Mayor Osmeña earlier announced his plans of providing free transportation for BPO workers especially at night following the death of call center agent Lorraine Temple who was killed after being robbed at Pope John Paul II Avenue in Barangay Mabolo on October 3.

"There will also be widespread installation of CCTV (closed-circuit television) cameras in the streets to act as a deterrent to potential crime and to monitor and respond to any incidents that occur," said Osmeña on his facebook page.