News : Palmerston North's Emergency Response Centre is Up and Ready 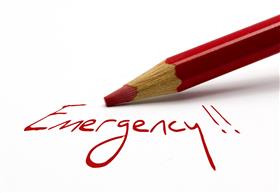 The building on Victoria Ave, which also houses the Inland Revenue Departments's Palmerston North call centre, is owned by Horizons through its subsidiary company, MWRC Holdings.

Manawatu dignitaries, emergency services, Civil Defence and iwi representatives attended an opening and tour of the centre on Tuesday.

Horizons chief executive Michael McCartney said the emergency centre had been fully operational for nearly a month and was home to six permanent Civil Defence staff.

If disaster hit Manawatu, the city council and Horizons will co-ordinate the emergency response from the Victoria Ave building's third floor.

The building was constructed to meet the most stringent seismic performance measures and would have its own electricity, drinking water and wastewater storage for 48 hours.

A diesel generator, aided by solar panels on the roof, means the emergency centre can operate almost indefinitely in emergency conditions as long as there's access to fuel.

Emergency centre staff also have access to a seismic monitoring system and state-of-the-art communications, linking them to more than 800 monitoring sites around the region.

McCartney said during the 2004 Manawatu floods there were daily briefings involving more than 100 people, from emergency service staff to Fonterra tanker drivers.

Those briefings and much of the response to the disaster had to be based out of the Horizons council building because the old Civil Defence operations bunker under the city council building wasn't big enough.

The new centre could handle that level of activity with ease, he said.

The old bunker also fell short of the higher resilience standards for emergency centres introduced after a 2017 review.

The review was spurred by criticism of the emergency response to a string of disasters, including Christchurch's Port Hills fires, the Kaikoura and Christchurch earthquakes, and belated tsunami warnings.

Construction started on the Victoria Ave building in 2018 and by September the following year Inland Revenue had moved its 220 Palmerston North staff into a new office on its first two floors.

The move came shortly before the department's lease expired for its Ashley St office, where it had been since 1989.

The finishing touches are still going in for a retail space, which will include a cafe, at the front of the ground floor.