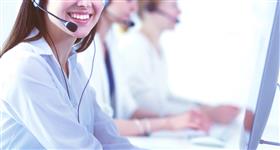 Panchkula, India, June 17, 2019 -- Soon, the residents of Panchkula can register their grievances at the municipal corporation (MC) by calling a helpline number. For the first time, such an initiative is being taken by the MC in order to ease the process for people who have been complaining that they have to wait inordinately to resolve any issue.

In fact, the complainant will be kept informed by the MC about the status of the complaint through SMSes. At present, people are forced to call the number available on the MC website, which is not equipped to deal with these calls.

Officials said that on an average 100 to 110 calls were received every day by the officers of various departments. Phones start ringing with complaints as early as four in the morning and goes on till 12 in the night, they added.

According to sources, the lack of dedicated officials to attend these calls meant that resolving issues depended a lot on the idiosyncrasies of the individuals. More often than not, the problem was not resolved and the MC earned the ire of the people, they added.

The MC is also exploring the possibility of getting body-worn cameras for the field staff, said the commissioner. He pointed out that in Chandigarh, Ludhiana and Indore, government agencies are already using them.

Though this new system, authorities would be able to monitor the exact location of the workers. The attendance would be recorded ward-wise at the work location and updated immediately from the field using GPS networks daily on a real-time basis.