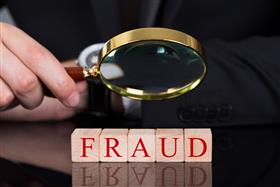 Washington, DC, USA, Jan 11, 2021 -- The owner of an Orlando-area telemarketing call center was convicted for his role in a kickback scheme involving expensive genetic tests and fraudulent telemedicine services that resulted in the payment of approximately $2.8 million in false and fraudulent claims to Medicare.

Acting Assistant Attorney General David P. Burns of the Justice Department’s Criminal Division, U.S. Attorney Maria Chapa Lopez of the Middle District of Florida, Special Agent in Charge Michael F. McPherson of the FBI’s Tampa Division, and Special Agent in Charge Omar Pérez Aybar of the Department of Health and Human Services – Office of Inspector General (HHS-OIG) for the Middle District of Florida, made the announcement.

According to evidence presented at trial, Scott was the owner of Scott Global, a telemarketing call center located in Orlando. The evidence showed that Scott targeted Medicare beneficiaries with telemarketing phone calls falsely stating that Medicare covered expensive cancer screening genetic testing, or "CGx." The tests could cost as much as $6,000 per test. After beneficiaries agreed to take the test, the evidence showed Scott paid bribes and kickbacks to telemedicine companies to obtain doctor’s orders authorizing the tests.

The evidence showed that the telemedicine doctors approved the expensive testing even though they were not treating the beneficiary for cancer or symptoms of cancer, and often without even speaking with the beneficiary. According to the evidence presented at trial, Scott then sold the genetic tests and doctor’s orders to laboratories in exchange for illegal kickbacks. To conceal the illegal kickbacks, Scott submitted invoices to the laboratories and other marketers making it appears as though he were being paid for hourly marketing services, rather than per referral.

Between November 2018 and May 2019, labs submitted more than $2.8 million in claims to Medicare for genetic tests Scott referred to them, of which Medicare paid over $880,000. In that timeframe, Scott personally received approximately $180,000 for his role in the scheme.

The case was investigated by the HHS-OIG and the FBI and was brought as part of Operation Double Helix, a federal law enforcement action led by the Health Care Fraud Strike Force, under the supervision of the Criminal Division’s Fraud Section, focused on fraudulent genetic cancer testing that has resulted in charges against dozens of defendants associated with telemedicine companies and cancer genetic testing laboratories for their alleged participation in one of the largest health care fraud schemes ever charged. Trial Attorneys Alejandro Salicrup and Jamie de Boer of the Criminal Division’s Fraud Section are prosecuting the case.