News : Patients Calling 111 Told to Go their Pharmacy Rather Than Bother a GP 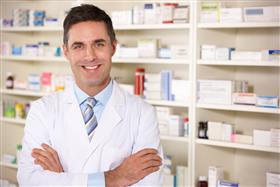 London, UK, Oct 13, 2016 -- Patients who call 111 with seemingly minor illnesses will be sent to pharmacists rather than GPs, under an NHS scheme.

From December, anyone with a sore throat, earache, flu-like symptoms or indigestion will be told to go to their high street chemist.

The scheme will run across England for two and a half years and is designed to reduce pressures on overwhelmed GP surgeries.

But will raise concerns that deadly illnesses will be missed as symptoms will be dismissed as a minor cough and cold.

The 111 helpline has been fraught with difficulties ever since its launch in 2013 and it is manned by untrained call centre staff reading off a script.

Its failings were partly blamed on the death of one year old William Mead from sepsis in 2014, whose symptoms were confused with a cough.

And although pharmacists do a four year degree, they are far less qualified than GPs who have at least ten years’ training under their belts.

But NHS England claims the scheme will free-up family doctors who spend up to 40 per cent of their day advising patients with minor illnesses.

Under the pilot, which will run until April 2016, call centre staff will instruct anyone needing repeat prescriptions straight to pharmacies – rather than surgeries.

Officials believe it will eventually reduce the numbers of calls to NHS 111 by 200,000 a year from patients who aren’t seriously ill or need urgent medication.

In time, they hope patients who initially call 111 will learn that they can be more appropriately dealt with by pharmacists.

David Mowat, Community Health and Care Minister said: ‘Community pharmacists already contribute a huge amount to the NHS, but we are modernising the sector to give patients the best possible quality and care.

‘This new scheme will make more use of pharmacists’ expertise, as well as freeing up vital time for GPs and reducing visits to A&E for urgent repeat medicines.

‘This scheme is part of our drive to meet increasing demand for services - transforming how pharmacists and their teams operate in the community, and bringing clear benefits to patients and the public whilst making the best use of taxpayers’ money.’

Keith Willett, Medical Director for Acute Care, NHS England, said: ‘Directing patients to go to a community pharmacy instead of a GP or A&E for urgent repeat medicines and less serious conditions, could certainly reduce the current pressure on the NHS, and become an important part of pharmacy services in the future.

‘This pilot will explore a sustainable approach to integrate this into NHS urgent care.’

NHS England is an executive non-departmental public body of the Department of Health. NHS England oversees the budget, planning, delivery and day-to-day operation of the commissioning side of the NHS in England as set out in the Health and Social Care Act 2012. It holds the contracts for GPs and NHS dentists.