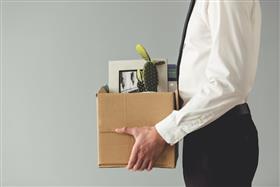 Spokeswoman Meghan Spreer said many of the customer service center associates will be offered positions with Cognizant, which is expected to help Payless improve service to customers and store teams.

When asked how many employees are in the customer service division and whether employees would receive the same pay and benefits with Cognizant that they had at Payless, Spreer said the company would make no further comments.

In its bankruptcy filings, Payless cited the fact that the company didn’t jump strongly into the online retail market as one of the challenges that depressed company revenue.

The relationship with New Jersey-based Cognizant was announced earlier this year when Payless shifted some of its information technology team, including the retail support desk, to the company. At that time, Spreer said 20 IT positions were eliminated.

The company laid off 165 employees in January, 110 of those in its Topeka headquarters. In April, the company filed for Chapter 11 bankruptcy, which offers the opportunity for Payless to reorganize and remain in business.

Matt Pivarnik, president and CEO of the Greater Topeka Chamber of Commerce and GO Topeka, said he is hopeful that any employees laid off from Payless will be able to find positions in the Topeka market, as more than 200 Alorica employees did recently. Alorica, which operated a call center in Topeka, announced earlier this year it would close during May and 300 employees would lose their jobs.

"Thirty companies lined up to hire Alorica employees, and I think we would find a lot of the same interest with really any company in town, but especially with Payless," Pivarnik said.