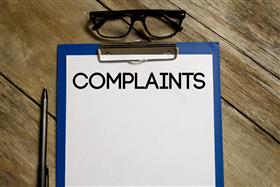 New Delhi, India, June 4 2020 -- Over 5,000 complaints have been lodged by central government pensioners through an integrated grievances cell and call centre, an official statement issued said.

It said that soon after the formation of the new government, a series of welfare measures for pensioners were carried out such as opening of an ‘Integrated grievance cell & call centre’ with toll free number 1800-11-1960 to facilitate elderly pensioners in registering their grievances and provide information of pending grievances.

"The call centre has come as a huge relief to those elderly who live alone and are not digitally savvy. 5,000 grievances have been registered through this mode till May 31, 2020," said the e-booklet on achievements of the Department of Pension and Pensioners’ Welfare (DoPPW) in the past one year.

The e-booklet was launched by Jitendra Singh, the Minister of State for Personnel, Public Grievances & Pensions through video conferencing.

Singh, while addressing all the officers of the department, congratulated the team for carrying out a series of reforms. He said the reforms "not only highlighted the sensitivity of the Modi government but also the dedication of the team during the trying times of the pandemic".

He stated that the department went outside its call of duty to organise a webinar on COVID-19 by bringing in leading doctors to address the anxiety and fears of the pensioners.

Among a series of reforms in pension policy, the most notable was the amendment of Rule 54 of CCS Pension Rules, 1972 to provide enhanced family pension in the event of death of a government servant before completion of 7 years of service, the statement issued by the Personnel Ministry said.

Earlier, only those families were eligible for enhanced family pension (@50% of last pay drawn) wherein the deceased government servant had completed 7 years of service, it said.

Another landmark order was extending the old pension scheme to those employees who joined on or after January 1, 2004 but whose result for recruitment had been declared before January 2004.

"This was a long standing demand of employees covered under the National Pension System (NPS) and was the cause of several court cases and anxiety among such employees," the statement said.

The other welfare activities carried out in the last one year include facilitating doorstep service for submission of life certificate with the help of pension disbursing banks.

Kshatrapati Shivaji, Secretary DoPPW, thanked the Union Minister for consistently guiding the department to make pension reforms which hugely affected the lives of the pensioners.

He stated that this is one of the few departments which even prior to the pandemic was 100% on e-office and therefore the transition to work from home at the height of the pandemic was easy to implement.

"All officials have been provided with a VPN which enables them to work from wherever they are and therefore the working of this department remained unaffected during the pandemic," Shivaji said.