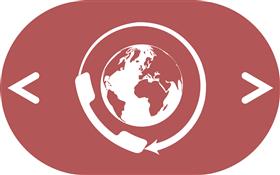 Manila, Philippines, Sept, 2017 -- The Philippines will continue to lead in the information technology and business process management (IT-BPM) space globally, with the contact center sector driving the growth despite the challenges of automation, according to Benedict Hernandez, president of the Contact Center Association of the Philippines (CCAP).

In a press briefing announcing the group’s annual conference, Hernandez said the contact center industry will continue to add over 73,000 jobs per year to 1.2 million workers in 2022 from 751,000 in 2016.

Revenues will grow 8 percent per year to $20 billion in six years from $12.8 billion last year.

Both estimates take into account the impact of automation which would result to job losses.

"Net, there will be growth, we are not going to decline, nor stand still," said Hernandez.

The industry, he said, is shifting to mid-range to complex jobs while simple repetitive front office tasks are being automated such that the latter’s share to total would shrink to 27 percent by 2022 from 47 percent in 2016.

Whereas before the contact center sector was mostly front office, the industry is now capable of doing backend work such as human resource, finance and accounting, procurement and marketing.

Trends point to healthcare, telecommunication, insurance and pharmaceutical as the largest growth segment targeted from the Philippines.

According to Hernandez, clients in early years had been mostly companies from the United States but has now since diversified to include Europe and Asia-Pacific, the latter driven mostly by Australia which now accounts for 15 percent of market. North America still has the lion’s share at 72 percent.

"We have diversified industries and markets," he said.

Hernandez said such diversification and shift to complex jobs would have significant implication on human capital development, the educational system in the country as well as the players’ investments in digital technology.

Based on a study of Frost & Sullivan, the total IT-BPM industry would lose about 40,000 jobs from automation.

The industry, Hernandez said, was an early adapter in technology (bots, chatbox ) and leverages on the service-oriented expertise of its manpower and thus continues to be relevant even in these challenging times.

He added the mere size of the global market for outsourcing – growing 6percent every year from $166 billion last year to $250 billion in 2022 – and the Philippines’ own pace of growth would be enough to drive the industry to greater heights even after the impact of automation.

"We -- the Philippines and India -- still dominate the (outsourcing industry). We have owned the large piece of market and we invest continuously to maintain the dominance," Hernandez said.

The 8-percent growth projection is slower than the 16 to 18 percent pace the industry has been chalking up,

"It is more tempered but it we are still in high single growth environment factoring geopolotics and technology," said Hernandez referring to the wait-and-see stance of US companies in outsourcing jobs to the Philippines.

CCAP’s "Contact Islands" conference to be held at the Shanri-la Resort in Boracay October 11 and 12 will tackle vital industry trends such as the impact of artificial intelligence, robotics, analytics and other key technologies, on the industry and job creation.