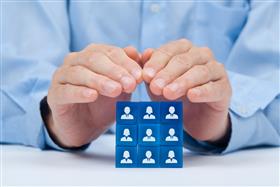 Manila, Philippines, Jan 11, 2019 - President Rodrigo Duterte has signed a law protecting knowledge workers in the private sector, recognising their rights and institutionalising the concept of "telecommuting."

Republic Act 11165 or the Telecommuting Act is expected to benefit thousands of Filipino home-based workers who do their jobs sometimes without the security of tenure, medical insurance and other benefits provided by law under the country’s labour laws.

"In signing the Republic Act (RA) 11165 or the Telecommuting Act the President recognises the changes that led to the evolution of the modern workforce and workplace," presidential spokesman Salvador Panelo said.

According to the Telecommuting Act, employers are required to give online workers the same rights, protection, and compensation as those who physically go to office.

"It is hereby declared the policy of the state to affirm labour as a primary social economic force. To this end, it shall protect the rights of workers and promote their welfare, especially in the light of technological development that has opened up new and alternative avenues for employees to carry out their work, such as telecommuting and other flexible work arrangements," RA 11165 said.

Hundreds of thousands of Filipinos work mainly from their homes as knowledge workers. Some are employed in the Business Process Outsourcing (BPO) sector as call centre agents, artists, and other similar types of employment.

Telecommuting is generally defined as a work arrangement where employees do not commute or travel to their workplaces. Telecommuting workers use modern communications technology such as computers, tablets and smartphones to render work.

In urban centres of the Philippines, such as Metro Manila, the perennially traffic clogged roads eat up a large part of a typical workers time, making jobs stressful and seriously affecting productivity.

According to the Japan International Cooperation Agency (JICA), aside from thousands of man-hours lost to traffic, the clogged roadways also contribute to increasing greenhouse gas emissions.

"More and more employers have expanded the traditional mode of on-site work to the adoption of flexible working arrangements such as the compressed workweek and telecommuting, among others," Representative Luis Raymund Villafuerte of Camarines Sur earlier said.

Senator Joel Villanueva, chair of the Senate Committee on Labour, Employment and Human Resources Development, had said that based on a US study, workers who do their jobs remotely are just as productive as those who worked in an office.

"In 2016, the Department of Labour and Employment also reported that there were 261 companies in the Philippines with employees who were under voluntary flexible arrangements," he said.