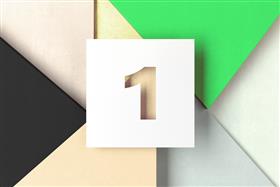 Manila, Philippines, May 31, 2018 -- The Philippines remains the call center capital of the world last year, leaving closest competitor India in the dust, and is expected to remain so this year amid the local industry being past its heyday.

"The Philippines continues to be the largest location for delivery of contact services in the rest of the world. So as an outsourcing destination, we continue to dominate the No. 1 spot as a country. There is no close No. 2. We continue to be No. 1 in terms of market share," Contact Center Association of the Philippines (CCAP) chairman Benedict Hernandez said.

Citing data from Texas-based global consulting and research firm The Everest Group, CCAP said the Philippines is seen to continue being the biggest contact center market this 2018, taking 16 to 18 percent of the total outsourced services globally.

This again will put the country ahead of India, its nearest competitor in this market.

In 2017, CCAP president Jojo Uligan said the country’s global market share stood at a range of between 16 to 20 percent, again beating India for the top spot.

The Everest Group cited language skills and high empathy of Filipino agents, cultural affinity to Western countries, competitive costs, and government incentives like tax discounts and talent development programs, and competitive costs as factors that allowed the country to maintain its dominant status.

"From a cultural, language empathy, customer centricity standpoint, the Filipino customer representative is really preferred around the world. There is also a cost advantage to doing work in the Philippines. If you combine all those qualities, plus cost advantage, then it becomes an attractive location for contact center services," Hernandez said.

The contact center industry, which is a part of the broader business process outsourcing (BPO) sector, has been among the country’s top revenue generators in the past decade.

While the industry is expected to continue growing in the coming years, Hernandez, however, admitted that the industry may not be able to grow as robustly as it has in the past, with its last double-digit expansion recorded in 2015.

Based on The Everest Group data, the Philippine contact center sector generated revenues of $13 billion in 2017, a slight improvement from $12.77 billion revenue in 2016.

This year, CCAP expects the industry to expand by another seven to nine percent.

"We are forecasting to add another $1 billion in revenues this year. That translates to an additional 70,000 more jobs," Uligan said.

Under its existing roadmap, CCAP expects the sector’s revenue to rise to $20.4 billion by 2022.

Hernandez, however, said the group may need to "reforecast" should "something happen," referring to local and foreign policies that may affect the sector moving forward.

"For us, we would go for the growth rates that were forecasted. We do want to stay in the high single digit. We don’t want to be stagnant. Our goal is to keep adding jobs and revenues," Hernandez said.

Uligan said the group is working closely with the government with regards to the proposed rationalization of the country’s fiscal incentives under the second tax reform package.

"We are also trying to help the government try to understand the industry, especially at this stage that we’re growing. We feed data and information to the government...if they can maintain some of the incentives that will help us remain competitive," Uligan said.

"Our competitions are increasing, some of the incentives they’re giving the BPO or the call center companies who will locate in those areas and in those countries. We want the Philippines to remain competitive. One of the thing that has kept us competitive are the incentives," he said.