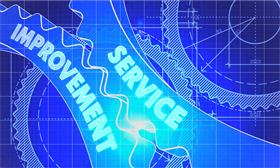 The City’s waste management entity, Pikitup, will help relieve pressure experienced by the City of Johannesburg’s centralised call centre by having their own dedicated call centre. According to a statement released by the City, due to the public not being able to get through to Pikitup using the City’s call centre, they would resort to flooding Pikitup’s reception area demanding to be served without having followed the correct procedures or being in possession of relevant and necessary documents. Announced by Environment and Infrastructure Services Department MMC Mpho Moerane and the Pikitup managing director Bukelwa Njingolo, the new service should benefit residents across the City.

According to the City, the centralised call centre is expected to deal with large call volumes pertaining to all services provided by the City on a daily basis. This includes water, electricity, by-law infringements, and other needs of the public. The City stated, ‘It is against this backdrop that Pikitup resolved to establish an in-house call centre. Pikitup’s call centre is by no means replacing or substituting the City of Johannesburg’s centralised call centre.’

Residents are advised to use both call centre numbers to avoid a situation where a flurry of calls is directed at a single point of contact. Alternatively, queries can be emailed to info@pikitup.co.za

The call centre will be able to assist residents with the following queries: