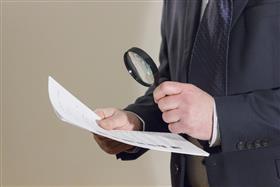 Atlanta, GA, USA, Apr 26, 2017 -- Pindrop, a provider in voice security and authentication, released its 7th annual Call Center Fraud Report. In the last year, data collected by researchers at Pindrop(R) Labs has shown a significant increase in the fraud rate, a jump of 113% year-over-year. Fraud rates in 2016 were 1 in 937 calls compared to 1 in 2,000 calls in 2015, according to Pindrop's 2016 report. This research analyzed more than half a billion calls protected by Pindrop's Phoneprinting™ technology to identify three key weaknesses in the call center that have contributed to the increase in fraudulent activity.

In 2016, Pindrop's research showed that the total volume of fraudulent calls placed to call centers reached new heights. One of the main drivers behind the relentless rise in fraud in the call center is that the attackers are getting better at their craft, and are becoming more adept at social engineering techniques that help them bypass defenses. Another driver is that physical and digital security have made it harder to attack other channels. New spoofing and voice distortion technologies are giving fraudsters more options as they attack via the phone.

"The sophistication of the fraudsters, the expansion of criminal rings, heightened security in other channels, and the amount of information available on the dark web is making the call center the easiest fraud target in virtually every industry," said Vijay Balasubramaniyan, CEO and co-founder of Pindrop. "We see these attacks first hand and we are able to help some of the biggest banks, insurance providers, and retail companies reduce fraud exposure and provide a better authentication experience for their valued customers."

Weaknesses In The Call Center
The report highlights three key weaknesses in many call centers today:

Technical: Fraudsters have the ability to spoof caller ID and use applications such as Skype or Google Voice to hide their identity and location. This data is now no better or more reliable than email addresses. Fraudsters also abuse IVR (interactive voice recognition) systems to try to reset victims' PINs, test account numbers, or find more information on a target.

Human: The true target of call center fraud attacks is the employee on the other end of the line. With hundreds or thousands of legitimate calls for every "bad" call, customer service representatives focus on resolving customer issues efficiently. The risk of falling prey to a fraudster is high, and so is the potential downside if an agent mistakes a legitimate customer for a fraudster.

Organizational: Call centers are designed to handle huge volumes of activity and agents are measured on how quickly they get each call resolved. Fraudsters use the data they've gathered on a target account to pass knowledge-based authentication tests and social engineer the agent into giving them access to the account knowing an agent's primary goal is to speed them to a resolution.

Historical Rate of Fraud
The complete report provides insights about the depth and breadth of fraud activity across a variety of industries. The chart below shows a sample of how quickly the rate of fraud has accelerated during the past few years. The acceleration reached its peak in 2016, with almost all categories below seeing their largest y-o-y increases in fraudulent call activity.