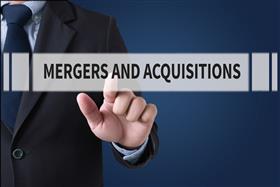 "Our broad range of investors collectively view Pindrop as the established industry leader for securing the future of voice as it moves beyond the voice channel and towards voice-enabled devices," said Vijay Balasubramaniyan, Co-Founder, CEO and CTO of Pindrop. "This investment enables us to quickly boost our advancements in consumer IoT and voice technology while also continuing to strengthen our market leading solutions for anti-fraud and authentication solutions for the global enterprise."

Pindrop has also added members to the management team, including:

International Expansion Based on Growth Momentum

"One of our key goals is to help leading high-growth companies like Pindrop grow in Europe and internationally," said David Nahama, Senior Partner at Vitruvian Partners. "We are confident that Pindrop is poised for massive expansion given the company’s depth of engineering expertise, pioneering efforts in machine learning technology and patent portfolio."

EDBI, a global technology investor, also joined the round to drive Pindrop’s progress in Asian markets. With EDBI’s APJ network, Pindrop is now able to expand its go to market capabilities globally and serve a worldwide customer base.

Dimension Data, a global technology integrator and managed services subsidiary of Japan’s NTT Group, is an investor in this round and will partner with Pindrop to leverage their world-wide systems integrator and value added reseller network. Through Dimension Data’s expertise delivering integrated solutions to a global customer base, this partnership will significantly accelerate and scale Pindrop’s go to market strategy across the global enterprise.

Beyond the Call Center: IoT

The new infusion of capital will also serve to advance Pindrop’s evolution towards providing security and identity solutions for voice-assisted smart devices ranging from Google Home to smart locks to connected cars. Pindrop’s deep roots in securing the call center enables the company to apply its deep learning technology to make voice a trusted form of biometric authentication for voice-enabled devices.

Pindrop will be working with Allegion Ventures, a corporate venture fund of global security products and solutions provider Allegion plc, a strategic investor in the company’s latest financing. Allegion Ventures believes Pindrop’s proprietary technology can bridge a gap between physical and digital security.

"Voice-enabled interfaces are expanding how consumers interact with IoT devices in their everyday lives – as well as IoT manufacturers’ ability to offer smarter and stronger solutions," said Allegion Ventures President Rob Martens. "We’re excited about the future of voice technology and see Pindrop as a pioneer in the space. We look forward to working with Vijay and his team to accelerate the adoption of voice technology into new markets."

Expanding our Presence in the Phone Ecosystem: Telcos

Pindrop and Verizon Enterprise Solutions announced a new integrated solution offering authentication and anti-fraud protection for enterprise call centers on its network just last month. The Verizon VoIP Inbound Anti-Fraud and Authentication service is the first solution on the market to integrate voice and multi-factor authentications, enabling businesses to verify the identity of inbound callers while simplifying the consumer self-service experience.

"Voice is fast emerging as the next generation human user interface (UI) with wide consumer and commercial applications, yet security remains a major concern. Pindrop's world class AI voice security technology will be a significant enabler for wider voice UI adoption, beyond call centers. Our investment in Pindrop is in line with Singapore’s trusted position as both a leading global financial centre in Asia and a development hub for new human-centric digital services. We look forward to working closely with Pindrop as a like-minded innovative player in Singapore’s vibrant AI ecosystem for their Asia expansion," said Chu Swee Yeok, Chief Executive and President of EDBI.

"Dimension Data’s global footprint of clients provides a distinct perspective of the market. We recognize a huge opportunity to secure the call center and voice ecosystem." said Nemo Verbist, Group Executive for Customer Experience at Dimension Data. "Pindrop’s solution solves a key set of problems around security and identity in voice. We’re delighted to be an investor and look forward to our partnership to deliver the solution to our clients."

"Voice based systems, both phone and IoT based, have traditionally been vulnerable to a range of security threats and fraud because of a lack of robust identity and security technology. At Pindrop, we are bringing trust and security into voice based interactions to enable the evolution of voice as the next computer interface," said Dr. Paul Judge, Executive Chairman and Cofounder of Pindrop.