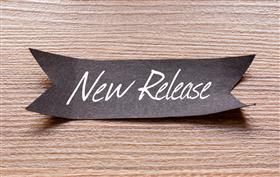 Atlanta, GA, USA, Feb 24, 2020 - Pindrop, a provider in voice security and authentication, announced the launch of Deep Voice™ 3, the new version of its voice recognition technology. Built on machine learning and deep neural networks, Deep Voice 3 is designed to more accurately recognize the voice of callers at a contact center with less speech.

"In today’s contact center, companies are working to deliver the kind of seamless customer experience that consumers get everywhere in their digital life. This means confidently authenticating more callers, and doing so at a significantly faster rate," said Vijay Balasubramaniyan, CEO of Pindrop. "Deep Voice 3 is a crucial part of the technology that is making that possible, and taking us a step closer to frictionless identity in a voice-first world."

Also, Pindrop released the latest version of its Voice Intelligence and Security Report, a report on voice fraud and authentication. The report shows that in 2019, one out of every 770 calls to contact centers was fraudulent - a rate of 90 per minute.

"Our 2020 Voice Intelligence and Security Report shows that fraudsters are getting more sophisticated, focusing their energy on channels where they can get the biggest payday; in other words, fewer, bigger attacks," Balasubramaniyan said. "It’s natural that fraudsters would target banks above other industries: there are more calls to banks, and the potential reward of a hacked account is greatest. In 2020, any bank that isn’t thinking about voice security is putting itself and its customers at risk."