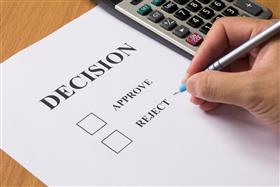 Panchkula, India, Oct 2, 2019 -- Due to the lackadaisical attitude of BSNL, the Panchkula municipal corporation’s plan to establish a four-digit helpline number for the city is still hanging fire. Interestingly, the civic body sent numerous reminders to the state telecom company to issue the number, but all in vain.

The MC was planning to launch the helpline with an aim to provide a platform where citizens could register their complaints as and when they wanted instead of having to depend on the officials. The helpline team would process the complaint and give regular feedback to the complainant. However, for the last three months, this project is incomplete because BSNL has been failing to issue a number.

On June 1, 2019, Panchkula MC sent a communication to the commercial officer of BSNL stating that MC required a four-digit number on an urgent basis for the smooth and efficient functioning of the local body. This unique number would not only allow the caller to reach the organisation across the city, but also increase citizen satisfaction by ensuring services in a proper manner, the letter said.

Apart from this, a fall back number can be configured in case the primary number is down at the organisation-level. Moreover, this kind of four-digit service is user friendly and a powerful platform for any kind of organisation. However, till date the status is that the MC is waiting to get this number issued by the BSNL.

In the month of May, MC took the decision to set up a complaint centre so that the residents do not have to wait for officials to respond to their call to resolve the issue. This was decided when it was noticed that officials of various departments were receiving 100 to 110 calls on an average about petty and main issues. The problem is that due to their administrative works, there were instances when they forgot to revert or resolve the issues, due to which residents were irked. From 4am to 12 midnight, the officials received calls from residents of the district about their issues, said an official.

Bharat Sanchar Nigam Limited is an Indian state-owned telecommunications company headquartered in New Delhi, India. It was incorporated on 15 September 2000.