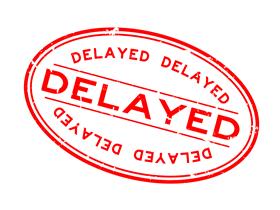 Panchkula, India Oct 7, 2019 -- Even as the Panchkula Municipal Corporation has received a helpline number from the BSNL after around three months, the residents will have to wait for yet another month to register their complaints. With the model code of conduct in force, the civic body will launch the helpline after the Assembly elections.

JS Sahota, principal general manager, BSNL, Chandigarh, said the Panchkula MC had applied for a three-digit helpline number, which was denied by the Department of Telecom, Government of India. He said the MC Commissioner had been informed that it was not possible to issue a three-digit number.

He further said the helpline number 155304 had already been provided to all MCs across the country and the MC concerned had to appoint one nodal officer who had to coordinate with all operators by specifying the landline number on which the call would be routed.

He said this would not be a toll-free call, but a metered call service. Now, the MC had to apply for the service and complete all formalities, he said. Meanwhile, MC Commissioner Rajesh Jogpal said they would not be able to launch the service now due to the imposition of the model code of conduct. He said they would complete all formalities to start this service soon after the elections were over.