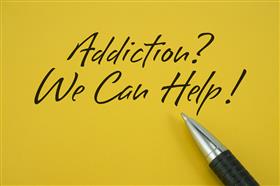 Dublin, Ireland, Dec, 2019 -- The State’s anti-drug information service is set for a shake-up with plans to create a new helpline for people living with addiction.

The HSE has been asked by Minister for Health Simon Harris and Minister of State with responsibility for drugs Catherine Byrne to examine establishing a helpline similar to the Frank service in the UK.

While the HSE has long run the National Drug and Alcohol Helpline, the two Ministers want a new service similar to the British anti-drug propaganda service. Frank, which was designed by an advertising agency to replace Britain’s existing drugs helpline, was set up by the UK department of health and the Home Office in 2003.

In place of blunt anti-drugs messages, it positioned itself as an "older brother" figure that young people could turn to for advice about illicit substances. It also distanced itself from officialdom, by giving no indication it is an agent of government.

This led to criticism from some Conservative politicians that it focused more on harm reduction and risk minimisation rather than prevention and intervention.

Mr Harris said he had met people affected by drug addiction several times in recent months. "Their experiences are different but they shared one common issue: stigma. Few felt they could talk to their peers, their families about their or their loved one’s illness. We often focus on the person who is addicted and rarely on those around them.

"I strongly believe this helpline could offer people an avenue of support. I also strongly believe that people who are in recovery should be at the other end of the line too. Nobody can speak to this better than those who have experienced it. Obviously this has to be matched by professionals but few people understand the scourge of addiction better than those who experience it."

Ms Byrne said the proposal could complement a goal of the national drugs strategy, namely to promote and protect health and wellbeing.

An Bord Pleanála said on Christmas Eve that the Dublin charity could proceed with the development of the Riverbank Centre facility which will include seven injecting booths and an after care area.

The charity was initially refused planning permission by Dublin City Council for the centre but appealed the decision.

"With one death every day in Ireland from a drug overdose, this facility will save lives," the charity said.

In 2016, 736 people died in Ireland from drug-related causes, the fourth-highest rate in Europe, according to the charity.