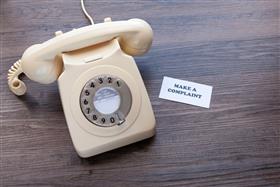 Manila, Philipines, Feb 26, 2019 - In the wake of President Rodrigo Duterte's threat that PLDT, Inc. better improve its services or risk closure, the telco's chairman Manuel V. Pangilinan on Tuesday said that it would increase the trunk lines to the citizens' complaint hotline 8888.

"We're gonna put more lines than the 20 mandated in the contract with the government and we will man it ourselves," Pangilinan told reporters on the sidelines of Manila Electric Co.'s (Meralco) 2018 financial results briefing in Pasig City.

Pangilinan also sits as the chairman of Meralco.

The PLDT chief was asked to comment on Duterte's threat that he would shut down the telco if it fails to accommodate all the calls in the 8888 complaint hotline.

"If you see corruption, tell me. Call 8888. Bong [former Special Assistant to the President Christopher "Bong" Go], add another trunk line. The present setup can’t accommodate all the calls. It’s always busy. Tell PLDT. If not, I’ll shut down their business," Duterte said.

Pangilinan said PLDT was glad that the President called the company's attention.

"We apologize for that. We are glad that the President caught our attention to it," he said.

The PLDT chief explained that the 8888 call center was undermanned.

"Apparently, the 8888 is really a call center operations for both telcos. We have 20 lines each. We're supposed to provide the lines, which we have provided but the lines are not manned properly, undermanned so not all the calls are getting answer," Pangilinan said.

To address the problem, Pangilinan said PLDT would add more trunk lines and increase personnel manning the complaint call center, despite their contract saying they have to service 20 lines.

"We will forget what the agreement said so we will increase the number of lines to accommodate the calls and we will man it ourselves. So we are responding to the President's criticism," he said.

The 24-hour hotline was institutionalized in 2016 in order for the public to report corrupt or underperforming government officials and projects.