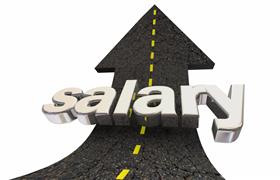 Manila, Philippines, Sept 17, 2019 -- Workers in online casinos in the Philippines received higher salaries than those employed in call centers.

POGOs had also taken up substantial space in key Metro Manila business districts and other areas since they first established facilities in the country in 2016.

"We expect the POGO industry to sustain its lead by year end due to its faster site selection process," Leechiu said.

Most workers in the POGO sector are from China accommodating Chinese punters overseas. Based on Leechiu’s estimates, online casinos employ 470,000 workers, still below the IT-BPM sector’s 1.4 million.

Annual rental income from POGOS stood at $219 million (P11 billion) versus the outsourcing industry’s $1.3 billion (P66 billion). According to Leechiu, both industries contribute about $18.7 billion to the Philippine economy.

But while POGOs and China’s gambling fever could help the economy, Philippine security officials expressed alarm over the growing presence of Chinese-dominated online casinos in the country, noting that some POGO hubs are close to key military installations.

Meanwhile, the Chinese Embassy in Manila last month urged the Philippine government to "ban all online gambling" and signaled an intensified crackdown on offshore gambling in a bid to prevent its citizens from being lured into an industry blamed for higher crimes and social problems in the mainland.

But President Rodrigo Duterte dismissed Beijing’s call, saying the Philippines needs POGOs. "It is good for the country," he said.