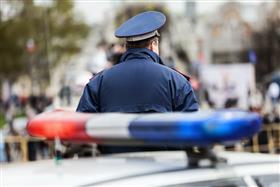 Kolkata, India, May 30, 2022 -- At least five fake call centres have been busted in and around the city, and around 53 men and women were arrested, in the last three weeks since US-based YouTuber Mark Rober released a 26-minute video on May 9, flagging Kolkata as one of the epicentres of the scamming call centre racket that dupes people.

In the video, the YouTuber had taken a step-by-step approach to demonstrate with audio-visual evidence how three call centres in the city interacted with their victims by impersonating officials from e-commerce businesses, government tax bodies, or digital antivirus companies. Through emails and phone calls, they manipulated the victims into transferring stipulated amounts to them, citing reasons like pending taxes or incorrect refunds.

Rober shared their names and addresses, CCTV footage from the premises, videos of people getting scammed in real time, and even the names and visuals of those helming these firms. On Sunday, TOI carried first-person accounts of two such callers who used to work in these dud firms. They shared tactics they used to scam people in countries, like the USA, the UK, Germany, Australia, as well as India.

The fresh exposure prompted cops from Bidhannagar, Kolkata Police and CID to swing into action and start raiding call centres around the city. While Bidhannagar Police have so far busted three call centres in Salt Lake, Sector V and New Town, and arrested 28 people, CID, in association with Kolkata Police, busted two - one in Barasat and another in Shakespeare Sarani - and arrested 25.

"The offences range from duping foreigners on the pretext of tech support, selling websites, selling subscriptions and providing easy loan on mobile apps. Indians were mostly duped on the pretext of online lottery awards, mobile tower installation and provident fund or old insurance money disbursement. We have been regularly sensitizing citizens, especially the elderly, to be cautious when dealing with such calls. We asked them to never transfer any money or share OTPs without consulting bank officials," said an officer.

Another officer said they have started scanning multiple offices in residential neighbourhoods in Golf Green, Bijoygarh, New Alipore, Salt Lake, Jadavpur and Barasat, where they got leads about fake call centres operating from flats.

"We always undertake a sustained drive against fake call centres as and when we receive information about them. After the recent exposure, we have intensified the raids," said another officer.