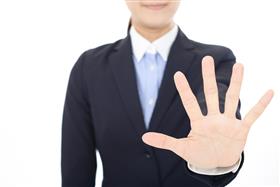 The order, granted by the Labour Court in Johannesburg, interdicts members of the South African Policing Union (SAPU) from "harassing, threatening physical violence, threatening to assault or kill, and intimidating" anyone on police premises.

Police spokesperson Major General Sally de Beer said SAPS approached the court because 10111 workers on strike at the Midrand call centre had been intimidating and threatening other employees.

"(On Thursday) these unlawful acts escalated into them hurling objects at and damaging state vehicles," she said.

On Friday morning, before the interdict was granted, SAPU general secretary Oscar Skommere told City Press that future union pickets would be better managed. He said the SAPS should accede to workers’ demands.

Members of SAPU, who run the police’s 24-hour emergency call centres, have been on strike since late July. The union wants salary levels increased by two notches, about R50 000 per year per worker.

Mediation has so far been fruitless, and the SAPS sent uniformed officers to answer the phones at the call centres.

The call centre staff are employed under the Public Service Act and are thus not considered an essential service.