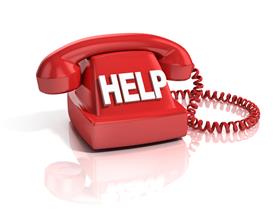 Ramanathapuram, India, Nov, 2019- - The helpline announced by Superintendent of Police V. Varun Kumar to enable the public to reach him, lodge complaints and seek redressal to their grievances has received good response if the number of calls received so far was an indication.

After assuming office on November 7, the SP announced that general public and aggrieved people could call him at 94899 19722. Even if he was not in a position to pick up calls, his driver or gunman would attend the calls and pass on the details to him, the SP had said.

In Just five days till Tuesday, he had received 64 calls at an average of more than 10 calls a day, he said, adding the helpline helped to rescue seven youngsters, including students of professional colleges who became addict to gambling in Sayalkudi area.

Finding that youngsters were in the age group of 17 to 25 years and most of them were students, a couple of them pursuing engineering and medicine, the Sayalkudi police did not register cases against them considering their future career, the SP said.

After summoning their parents, they were advised and let off after registering their case in Community Service Record (CSR), the SP said.

On being alerted through the helpline, the Paramakudi police had rescued a 14-year-old girl, who was ‘abducted’ by a 17-year-old boy after promising to marry her, the SP said. The boy was arrested under the Protection of Children from Sexual Offences (POCSO) Act and sent to the Government Observation Home in Palayamkottai, he said.

After the public lodged complaints through the helpline about sale of illegal and spurious liquor at several places in the district, police launched special raids in the police limits of Thirupullani, RS Managalam, Rameswaram Temple, Paramakudi and Valinokkam and seized 216 liquor bottles after arresting the accused.

Police also resolved family disputes after receiving calls, he said. After public complained about traffic congestion near the new bus stand, four traffic police personnel had been posted to regulate the traffic and ease congestion, he added.

Assuring a quick action, the SP encouraged the public to call the helpline not only to lodge complaints but alert police on any illegal activity.