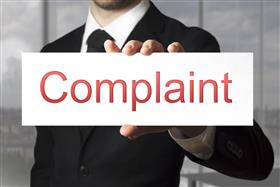 Karachi, Pakistan, Sept 5, 2018 -- The Sindh Police has launched a WhatsApp helpline and Facebook page to address complaints of the residents of Karachi promptly and plans to form a new rapid Police patrolling squad comprising of 2000 police officials are also under consideration.

This was announced by Karachi Range Additional Inspector General of Police (AIG) Dr Amir Ahmed Shaikh during his visit to Sindh Industrial Trading Estate (SITE) on Tuesday where he inaugurated the new building of SITE Self Security System (SSSS).

Shaikh informed the gathering that in addition to the traditional police helpline, a WhatsApp number (0343-5142770) and Facebook page by the name of ‘Karachi Police Office’ are being introduced to speedily address public complaints.

He said that the big crimes like terrorism and target killings have been almost curtailed in the city and efforts are now underway to reduce street crime. Shaikh said that most of street criminals are young people who develop addiction issues and later fall into the hands of criminal elements who provide them with arms and encourage them to loot the citizens.

Shaikh said that Sindh Chief Minister (CM) Murad Ali Shah has promised that he would allocate funds to make Karachi a safe city and develop an extensive CCTV Network all over Karachi for surveillance since it is not possible to deploy policeman at every nook and corner of city. "A Rapid Police Squad comprising of 2000 police personnel shall also be deployed to patrol all over Karachi," he added.

While admitting that the Karachi Police has been facing lack of police personnel to cover the metropolitan city for effective policing, AIG Shaikh said that efforts are underway to increase police force. He added that the Sindh Police is also working on reforms to improve emergency response, investigation and forensic procedures.

He opined that healthy criticism on police is always welcome but they also deserve recognition and appreciation because they risk their lives for the safety of citizens. "From 2011 till date more than 546 police personnel have been martyred in the line of duty," he said.