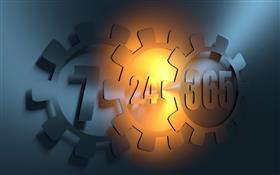 Kolkata, India, July 3, 2018 -- The anti-bank fraud section of the detective department of Kolkata Police has introduced a round-the-clock helpline number, where people can report immediately after they receive a call from any fraudster seeking bank account details or pin number of debit/credit cards. The sleuths are hopeful that a call on the helpline number will help them take action with immediacy.

The helpline number - 8585063104 and the e-mail id -bankfraud@kolkatapolice.gov.in have been notified through the Facebook page of Kolkata Police.

"People often receive calls from someone claiming to be a bank personnel seeking details of his account by means of some trickery. Many people are aware of the fact that they should not disclose such information to these unknown callers while there are still a handful who fall prey to such fraud.

The citizens, who receive such calls, are advised to lodge immediate compliant on the helpline number," a senior detective department official said.

There have been various instances where people would come to the Cyber Police station at Lalbazar to lodge a complaint after they have received such calls. "We investigate such complaints and take action. However, calling on the helpline number will enable us to take action more quickly," the official added.

The detective department through its Facebook page has also notified another round-the-clock helpline number 8017100100, where people particularly women can complain after they receive calls from unknown persons harassing them.

This helpline for Anti-Stalking (ASK) was introduced a while back but there was lack of awareness. The police had urged people to share the post to spread the message.

It may be mentioned that Kolkata Police has recently started two cyber cells at south suburban and the port division of Kolkata Police.