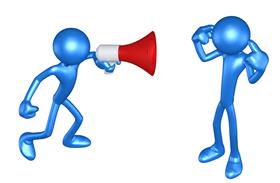 Johannesburg, South Africa, Oct, 2017 -- The SA Policing Union (Sapu) says it is considering taking the SA Police Service (SAPS) to court after its members who are 10111 staffers were threatened with disciplinary charges for continuing with their strike action.

Sapu secretary general Oscar Skommere on Friday said the agreement signed by the rival Police and Prisons Civil Rights Union (Popcru) did not address their demands and further showed that the SAPS wanted to implement organisational restructuring without proper consultation.

''Issuing letters to our members and threatening them with disciplinary procedures is unfair ... their agreement signed with sweetheart union Popcru does not address our demands," Skommere said.

"We have written a letter to management telling them to withdraw the threatening letters or we will take them to court. Our legal team is looking into lodging papers this Friday."

Police management said the call centre strike was now illegal after Popcru signed a binding agreement with the employer at the Safety and Security Sectoral Bargaining Council (SSSBC) earlier this month. Popcru is the majority union at the SAPS.

The striking employees were issued with an ultimatum to go back to work Friday as the three-month long strike was unprotected.

"Although SAPU was not a signatory to the agreement, the said agreement is enforceable and it renders the strike action unprotected,'' SAPS spokesman Brigadier Vishnu Naidoo said on Thursday.

''SAPU has been made aware of the agreement and that they can no longer claim protection of a protected strike. Unfortunately, the strike action is still continuing and all the striking employees have been called upon to immediately cease such action and return to duty no later than 29 September 2017 or face disciplinary action.''

Skommere said the new agreement directed some employees to re-apply for their positions.

"We do not agree with that because that points to the restructuring of the organisation. What happens if you re-apply and your application turns out unsuccessful?''

The strike was temporarily suspended a few days later as negotiations resumed at the Commission for Conciliation, Mediation and Arbitration (CCMA). The union then resumed the strike after accusing Popcru of stalling the CCMA talks.

The workers have demanded salary upgrades to be at same level as other call centre workers at government departments, such as the SA Social Security Agency (Sassa), SA Revenue Services (Sars) and the presidential hotline, among others.

The salary upgrades were recommended in 2013 by a task team set up by former police commissioner Riah Phiyega.