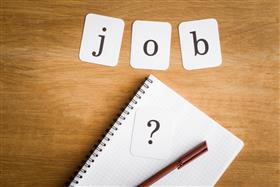 Charlottetown, PEI, Canada, Oct, 2019 -- More than 200 employees at a Charlottetown call centre have been given layoff notices after being told the local office of TTEC Canada could close before the end of the year.

TTEC Canada, formerly known as Atelka, also has centres in Quebec, Ontario and New Brunswick. Several of these centres will also be affected.

Elizabeth Tropea, executive director of operations for TTEC Canada, said the company has recently lost one of its key contracts, which will impact the Charlottetown centre. The local centre exclusively provides customer support services to Rogers Communications.

"We value our resources tremendously and we're working to try to replace the clients' volume with other volumes," Tropea told The Guardian.

Tropea said the last day of work for staff in Charlottetown is slated to be Dec. 31. She said local TTEC Canada staff were highly trained and had very "portable skills."

"We'll be inviting them to come to information sessions and job fairs to connect them with our staff in the hopes that we can help facilitate the transition to new employment," she said.

The loss of the contract with Rogers Communications will also affect TTEC Canada’s offices in other provinces as well. In all, 684 staff across Canada could be facing layoffs, including staff in Quebec and New Brunswick. Tropea said the company has about 1,300 staff in Canada.

Staff were notified of the loss of contract Oct. 17.

"It's very disappointing. However, we're working diligently to replace the volumes. And in the event that we're not successful in doing so, we'll bring everybody to the table," Tropea said.

A representative from Rogers Communication would not provide comment on the reasons behind the non-renewal of its contract with TTEC Canada.

As recently as July 2018, TTEC Canada had advertised it was hiring hundreds of home-based representatives.