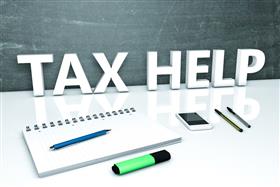 The operation of the helpline is outsourced to Cork-based company, Abtran, which has also provided call-centre services to Irish Water.

Figures provided by the Department of Finance show that the operation of the LPT helpline service cost Revenue €2.7 million last year, representing a marginal reduction from the €2.8 million cost in 2015.

In 2014, when there was a high demand for the helpline due to collection of the Household Charge, Revenue paid out €5.2 million for this service. In 2013, the annual cost was €3.6 million.

The decision to outsource the helpline service has been criticised by the Civil and Public Service Union (CPSU), which claims that the cost represents an inefficient use of public funds.

In a submission made on an extension of the LPT-outsourcing contract, the CPSU stated that the decision was "a complete waste of state resources, not the cheapest option and not cost efficient".

However, Finance Minister Michael Noonan defended the cost in response to a parliamentary question from Sinn Féin finance spokesman Pearse Doherty in the Dáil.

"The outsourced LPT helpline plays a major role in achieving yea- on-year compliance rates of circa 97% for the tax. The helpline also played a key role in the collection by Revenue of over €65m in Household Charge arrears in respect of 360,000 properties," he stated.

"The outsourced model provides Revenue with a flexible, cost effective solution that can be scaled up or down to meet the unpredictable customer service demand of LPT.

"For example, the helpline can very quickly increase its capacity from a minimum of 30 operators to a peak of 200 operators as the need arises. It would not be possible for Revenue to provide the required level of support for such a large customer base from its own resources without negatively impacting on other core services," added Mr Noonan.

Figures provided show that €14.3 million has been spent on the LPT helpline since its establishment in 2013.

The current outsourcing contract with runs until March 2018, with the option to extend it for another two years.

A full review of service requirements will be carried out by Revenue prior to making a decision on the contract renewal.

Abtran is the largest indigenous business process outsourcer (BPO) in the Irish market. Established in 1997, the company is headquartered in Cork and currently employs in excess of 1,000 staff across multiple business sites. Abtran is focused firmly on strategic, mutually beneficial partnerships with major corporate and government clients in domestic and international markets. The processes that clients choose to outsource to Abtran include sales and customer service, administration, claims and financial processing. Outsourcing these processes to Abtran means our clients can concentrate on their core business objectives The benefit to clients is that value adding activities are performed internally leading to the achievement of organisational goals.