News : Public Grievances Filed on CPGRAMS to be Resolved in 30 Days 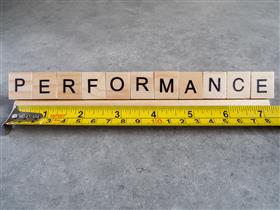 New Delhi, India, Aug 1, 2022 -- The Public Grievance Redressal mechanism in the Government of India operates on a decentralised basis, with the Centralised Public Grievance Redress and Monitoring System (CPGRAMS) at the center of it. Most grievances from citizens involve excessive delays in making decisions, ranging from months to years. Imagine the irony of citizens when these grievances against delays were once again getting delayed for an extended period of time. But CPGRAMS has been continuously revamped over years and the average disposal time has been reduced to 19 days and it will get further reduced after the Centre on July 27 reduced the time limit for redressal of public grievances from 45 days to 30 days.

Union MoS Dr Jitendra Singh on July 31 said that an Office Memorandum issued by Department of Administrative Reforms and Public Grievance (DARPG) also states that a complaint received from a citizen will not be closed until an appeal filed against it is disposed of. The Minister also pointed out that in various monthly "Pragati" (Pro-Active Governance and Timely Implementation) review meetings, the Prime Minister himself reviews the status of public grievances. The new reforms direct departments to provide a comprehensive list of services against which citizens may raise their grievances. Thus the citizens have been empowered to select a service category through drop down lists to pinpoint a service for which grievance is lodged. By doing so, the lodged grievance would be directly addressed and forwarded by the system to the concerned redress office for its resolution. Circumventing the line officers and directly reaching the concerned official will further reduce the disposal time of cases.
CPGRAMS- cornerstone of Citizen Centric Governance

Centralised Public Grievance Redress and Monitoring System is an online platform available to the citizens 24×7 to lodge their grievances to the public authorities on any subject related to service delivery. It is a single portal (Pgportal.gov.in) connected to all the Ministries/Departments of Government of India and States. Every Ministry and States have role-based access to this system. CPGRAMS is also accessible to the citizens through standalone mobile application downloadable through Google Play store and mobile application integrated with UMANG.

The status of the grievance filed in CPGRAMS can be tracked with the unique registration ID provided at the time of registration of the complainant. CPGRAMS also provides an appeal facility to the citizens if they are not satisfied with the resolution by the Grievance Officer, which can also be tracked.

The Minister informed about a 10-fold increase in public grievance cases since 2014 and attributed that to timely redressal of grievances, people’s satisfaction in the grievance redressal process and trust in the government. The public grievances have increased from 2 lakh in 2014 to more than 22 lakhs at present with more than 95 percent disposal of cases.

Referring to the new time limit of 30 days, Dr Jitendra Singh also noted that the latest order mandates that in case the redress is not possible within the prescribed time-frame due to the circumstances such as sub judice matters/policy issues etc, an interim/appropriate reply shall be given to the citizen.

The news reforms provide for a call centre and all citizens will be contacted by the call centre to obtain feedback on the grievances disposed of. The order states that citizens will be provided the option to file an appeal if they are not satisfied with the grievance disposed of and the feedback received from citizens by the call centre will be shared with ministries or departments who would be responsible to deal with the feedback and to make systemic improvements.

About Government of India:

India is a vast South Asian country with diverse terrain – from Himalayan peaks to Indian Ocean coastline – and history reaching back 5 millennia. In the north, Mughal Empire landmarks include Delhi’s Red Fort complex, massive Jama Masjid mosque and Agra’s iconic Taj Mahal mausoleum. Pilgrims bathe in the Ganges in Varanasi, and Rishikesh is a yoga center and base for Himalayan trekking.

More Editorial From Government of India