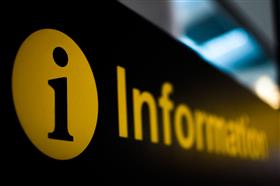 Lucknow, India, June 16, 2017 -- The Uttar Pradesh government has asked its officials to publicise the 24×7 multi-lingual toll free helpline for all international visitors, an official said on Friday.

This helpline, which is an initiative of the Central government, is also available on short code all through the year, said Principal Secretary, Tourism, Avanish Kumar Awasthi.

He added that since tourists can reach the toll free helpline in Arabic, French, German, Italian, Japanese, Korean, Chinese, Portuguese, Russian and Spanish, it will boost the footfall in the state while also adhering to the guidelines of the Central government with regards to increasing tourism and making available better amenities.

Other than providing information to international tourists, this helpline will also be available to these tourists in times of distress as it would alert officials concerned.

"The Union Tourism Secretary had written to all Principal Secretaries in the states heading the Tourism Department to publicise it as much as possible and we have started this in the right earnest," Awasthi told IANS.

The Government of Uttar Pradesh is a democratically elected body in India with the Governor as its constitutional head.