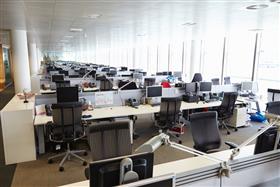 Jalandhar, India, July, 2021 -- The helpline number launched by the district administration here to vaccinate persons with disabilities (PwDs) has received a lukewarm response so far. The helpline, which was started on July 5, has received just 58 calls in the past three days. A majority of the calls are from the city while some have been from the rural areas.

The administration said 45 to 50 of them had been ensured doorstep vaccination by mobile teams.

The control room number 0181-2224417 had been launched by the Deputy Commissioner on July 5 to ensure doorstep vaccination to the specially abled people who are unable to approach the vaccination centres.

Vaccine hesitancy and people being unavailable for vaccination after making a call on the helpline are some of the factors encountered by the medical teams working on ground. Notably, out of an estimated 18,000 persons with disabilities in the district, 2,000 have been inoculated in special camps. Some have also been vaccinated during routine camps. People from Nakodar, Mota Singh Nagar, Urban Estate, Phillaur and some other areas of the district have so far sought mobile teams in their areas.

Meanwhile, an alternate database is being created by the disability sector to raise awareness about the doorstep vaccination. Deputy Commissioner Ghanshyam Thori said, "Until now, mobile teams have reached out to 50 people seeking doorstep vaccinations."

"We are also receiving feedback from the ground that some people are unwilling to get the jabs. When teams approach them, they say they will consult their doctor first. There are others who are unavailable when teams call them after reaching their area," said Thori.

"The process has also started in Nakodar and Phillaur, where the area SDMs have deputed their teams for the job. The remaining SDMs shall also start the process by tomorrow," the DC said. "We hope more people call and avail the service," he added.

Amarjit Singh Anand, disability activist and president of the Channan Association, said: "We are reaching out to the members of the community via social media to make a database of those who wish to be inoculated at homes."

"We are creating google forms which shall be filled by them. These will be submitted to the District Programme Officer (DPO), who shall be deputing CDPOs and supervisors to reach out to the persons with disabilities at their homes," he said.

"2,000, including care givers, have been vaccinated at our camps so far. But we have no idea of the persons with disabilities vaccinated at regular session sites. There is also lack of awareness about the helpline number. I have asked officials to advertise the number more so that everyone is aware of it," Anand added.