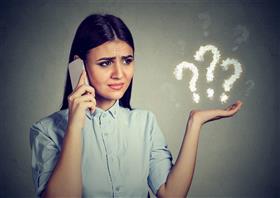 Yorkshire, UK, Oct, 2022 -- Questions are being raised over the future of a partnership which sees North Yorkshire and Cornwall’s fire control rooms share emergency calls at peak times.

At more than 300 miles apart, the fire services joined forces in 2016 with each call centre able to dispatch crews in the two counties.

It has been hailed as a move to make services more effective as the geographic distance means they are less likely to be affected by major incidents at the same time.

But the partnership is now being brought into question after plans were revealed to close Cornwall’s call centre and merge it with others elsewhere in England.

Cornwall Council, which administers the service, said all options are being considered for the control room and that a final decision would be made next year.

However, it would not comment on what a potential closure could mean for the North Yorkshire Fire and Rescue Service.

At a recent Cornwall Council meeting, the proposals were met with protests from dozens of firefighters after further criticism from the Fire Brigades’ Union (FBU) which said it is opposing the "ridiculous move" in the interests of public safety.

The issue has also been raised by Harrogate councillor Chris Aldred who was contacted by a member of staff at the Cornwall Fire and Rescue Service who said the proposals have caused "huge upset and emotional strain".

Councillor Aldred has since has called on North Yorkshire’s Police, Fire and Crime Commissioner to carry out a review into the "critical" service.

In a statement, commissioner Zoë Metcalfe said the agreement with Cornwall "remains in place with no change" and that she had been reassured that talks would be held about any potential change.

"My chief fire officer, Jonathan Dyson, has provided assurance of the current and future resilience of our control room in North Yorkshire.

"As such, there is no current impact on our control room’s ability to handle 999 calls and to effectively mobilise our fire engines to emergencies."