News : Railways Received Over 40 Lakh Calls on its Helpline Numbers in 5 Years 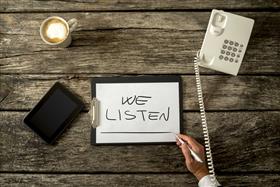 New Delhi, India, March 19, 2021 -- The Indian Railways received more than 40 lakh complaints and requests for help on its helpline numbers in the last five years, the government informed Parliament on Friday.

While Goyal did not provide the details of the nature of such calls, passengers call the helpline numbers for a variety of reasons -- to know the status of trains, to register complaints over food, lost baggage and even medicines and other essentials.

"Prior to 01.01.2020, no data was being maintained for average response time for emergency requests from moving trains. However, under the Digital India initiative and for the ease of living of customers, Railways merged all its helplines into RailMadad Helpline 139 with effect from January 2020. The 139 facility is available in 12 languages round the clock and can be accessed even by basic phone users," the minister said.

He said the average response time for emergency assistance for medical and all security-related requests from moving trains has improved from 3:29 hours to 1:42 hours since January 2020 to February 2021.

Indian Railways is an Indian state-owned enterprise, owned and operated by the Government of India through the Ministry of Railways.