News : RBS is Planning to Open a Cashless Bank Branch 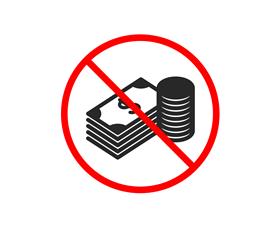 London, UK, Nov 18, 2019 -- Royal Bank of Scotland (RBS) is planning to open a cashless bank branch in London, The Telegraph reports. The branch will not have frontline cashier services or an ATM, meaning customers will be unable to make deposits or withdrawals at the branch. Instead, it will help customers with other banking functions, including appointments to open ISAs or other types of savings accounts and for applying for mortgages.

Customers can also make video banking appointments to speak with bankers via video chat and there will be a presentation space available for seminars. RBS's sister company, NatWest, has launched three similar branches, but they featured ATMs, making them not truly cashless.

Opening a branch without cashier services may be a cost-effective way to offer a physical touchpoint for more complicated services. UK consumers prefer branches by a solid majority when it comes to opening more complex types of accounts: 58% prefer branches for applying for mortgages, and 56% prefer to use branches to set up a wealth management account, per Deloitte.

And channels that involve the human touch are also preferred by customers for handling problems: Over four in 10 customers who disputed a transaction or filed a complaint used a customer contact center — the most popular channel — and branches were the second most popular, per Deloitte. RBS's cashless branch is likely to be useful for customers handling any of these more intricate or urgent functions. Further, because RBS doesn't have to dedicate staff to frontline cashier functions at the new branches and also offers video banking for certain services, the bank could save money on personnel costs.

But the fact remains that the UK is having a cash access crisis, so a branch without cash might be missing a chance to offer a crucial service to clients. There were a staggering 3,303 bank branch closures in the UK between January 2015 and August 2019 — equivalent to 34% of the overall branch network in country, according to data from Which? cited by The Independent. And to complicate matters further, Approximately 3,000 cash machines disappeared in the UK in the last six months of 2018, while an additional 1,250 free ATMs switched to charging a fee in March 2019, per Which?.

As cash becomes harder to get access to, it's possible that a big part of the value of remaining bank branches for customers will cash access. And if that's the case, opening branches without cash could be a strategic misstep, and RBS may be better off following in the footsteps of NatWest and at least having an ATM present on site.

About Royal Bank of Scotland: