News : Record Level of Calls to NSPCC Over Parents' Drink and Drugs Misuse 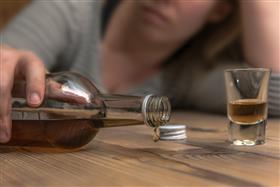 Shropshire, England, March 6, 2018 -- A record number of people have contacted the NSPCC helpline with concerns about children whose parents were binge drinking or taking drugs – and more than 1,100 referrals were made in Shropshire and the West Midlands in the space of a year.

Of these, 8,793 involved more than 15,000 children and were deemed serious enough to be referred on to local authorities or the police.

In the West Midlands – including Shropshire – 1,101 contacts were referred to local authorities or the police in 2016/17.

The majority of contacts to the NSPCC helpline about substance misuse are from members of the public worried that a parent is drinking too much alcohol, which in turn is affecting their ability to provide a safe and supportive environment for their children.

In many of these cases other concerns such as neglect and physical and emotional abuse against the child, parental domestic abuse and parental mental health issues are also raised as a concern.

More than a third of the children referred to police or local authorities across the UK were aged between one and five, with a further 581 being less than a year old – including unborn children.

NSPCC West Midlands head of service, Sandra McNair, said: "Every child should be able to grow up in a home where they feel safe and supported.

"The sad fact is that many young people are being deprived of this simple right due to one or both of their parents abusing alcohol and/or drugs.

"Adults who are misusing any substance can seek help from effective programmes such as parents under pressure, for the wellbeing of their whole family.

"In doing so they will be encouraged to gain a better understanding of themselves and be supported to achieve changes in their lives that will help them meet their children’s needs."